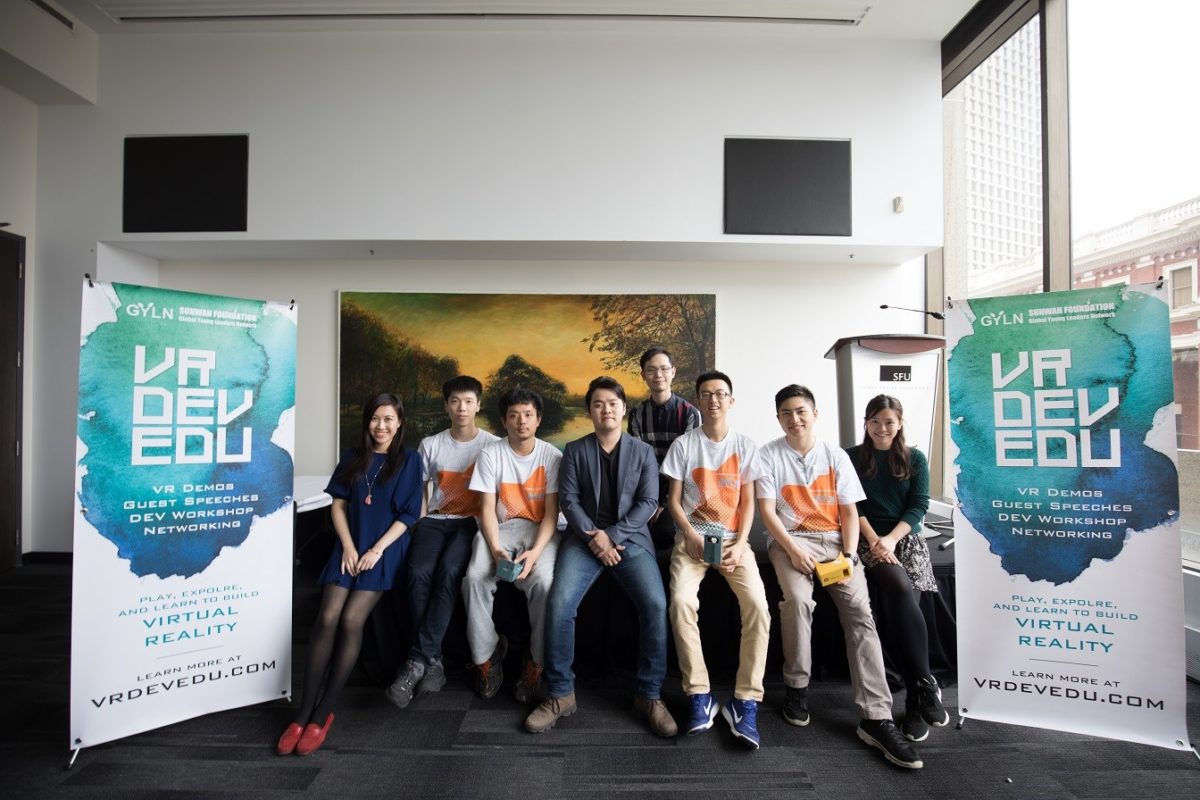 Virtual Reality (VR) technology has been a hot topic being discussed a lot in these two years. As a GYLN member and having background in software technology, I brought up the idea of exposing this new technology to more young people and accelerating the social progress in terms of technology. After the discussion with the members of Canada chapter, they agreed that this would be an interesting idea, and so we started planning and proposed it to Ms. Betty Chan, and then she approved it.

First thing we needed to decide was the instructor. One of us knew an instructor, Mr. Andy Chen, who had been teaching people on building apps. We contacted him and he showed us how many VR apps he had made already. We were confident that he could be our instructor for this event, and he agreed to do this with us at a low cost after we explained to him it’s a non-profit free event for people. There should also be some teacher assistants (TAs) walking around and guiding the students step-by-step, while the instructor was teaching on the stage. Jesse, Jack, and I, who all studied computer, tried to build the demo app and became the TAs.

Besides learning to make the app, we also visited multiple locations for a suitable venue to teach and accommodate people with lots of chairs and tables for the computers. Eventually we chose SFU Harbour Center located in Downtown Vancouver because of its convenient location and available time. After we settled down the venue and date, and decided the name of the event – VRDEVEDU (VR Development Education), we started the promotion on Facebook, WeChat, and Eventbrite. We found out that Facebook was the best media to spread the news and present the details to the public. Our tickets were all sold out on Eventbrite within a few days. We should follow this promotion approach for future events too. On the event date, there were about 60 people came. Most of them did not have experience in software development, and we the TAs were running around to guide them on every step. Most of the participants had never tried any VR app before. We invited two companies who had been doing VR related businesses to come and demonstrate the advance usage. This was our first event of Canada Chapter. We introduced to the participants about GYLN, and they were amazed that the event was organized by a group of young GYLN members. Some of them even helped out in this event and wanted to involve in planning future events with us together. We recruited some members through this, and they were already suggesting some meaningful ideas to do.