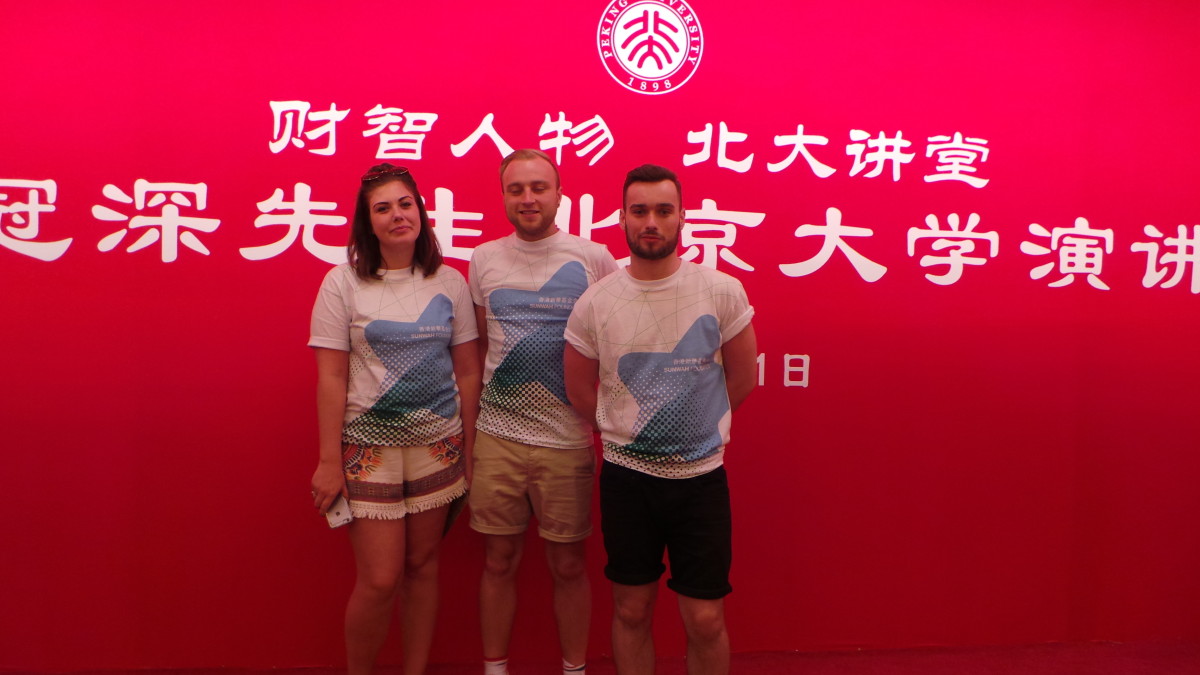 DSU (known as De Montfort University Student Union) has nearly 100 societies and you can join as many of these as you want. Those societies range from Academic study (law society, science society for example) to variously weird ones such as Harry Potter and Quidditch society.

At the end of May 2015, which just the year flipped away from the calendar, a group of 4 students from De Montfort University (short for DMU) flew to Beijing international airport, joined a one-week amazing Beijing international gathering trip with other Sunwah GYLN members from Japan, Hong Kong, China, Vietnam.

The other three fellow students are head-to-toe British, notwithstanding, they have been overwhelmingly thrilled by Beijing this international city but with abundant cultural heritage metropolitan atmosphere. After a whole week cultural exploration and mixture, every single of them showed a 100% positive feedback to me. “On the day we got to know we are chosen to go to China, I called Nathan very early in the morning and he was awakened by my phonecalls. I told him the news we would be going to China! And the better thing is are sponsored by Sunwah for this whole trip which is truly a surprise. But now after these 6 days, I know this is a lot lot lot better than we ever imagined before”, said Keira, the only British girl here in the group.

After back to Leicester, we met up at a café, and three of them came out setting up a Sunwah GYLN Chapter in DMU. Daniel generously offered he could help to register Sunwah GYLN DMU Chapter as a student society in student union. “Developing university new students’ leadership skills with those inspiring international trips, and achieved precious overseas friendships, that is definitely a catch to everyone”, said Daniel.

As a campus convention, each academy year, the first Friday after international week would be Society Day. All of registered society from DSU are free to advertise from 9am to 4pm in the campus, and Sunwah GYLN is one of them as well.

On that day, nearly one hundred student societies—major chairmen/women set up their booths inside the DSU building, or locate the recruitment booth alongside the campus path, each by each, trying to squeeze themselves to anywhere nice and easier to grab attentions from new comers.

We organised a prominent and cosy booth next to the entrance gate to promote our unique concept of Sunwah GYLN DMU Chapter, with just a roll-up banner exhibiting Beijing International Gathering Trip pictures, flyers placed on the table to introduce ourselves to fresh university. Two student ambassadors from my side helped to show students around, told them more about our organisation and programme we have.

Gradually, time tick-tacked on the clock turned a very early morning to a sunset afternoon, I picked blank student sign-up sheet again and again (not just twice) from student union operating desk, and prudently saved every fully signing-up sheet on the table of GYLN DMU Chapter. Freshmen, senior pupils, local ones, students from Arabic regions, France, Far-east Japan, Korea, US, India, are all coming to ask what programme we are doing, and what the criteria are, after loads of delightful and causal talk, also plenty of brand promotion I subtly did to new students, predicting and analysing the next economic centre will be in Asia for next several years.

Later at the end of this both exhausted and joyful recruitment day, I came back to my office and started to input information onto the computer, surprisingly found out we now were 216 applicants willing to join our GYLN DMU Chapter after just few hours.

Really feel blessed that we can make it today. Hereby, the next step for DMU Chapter is screening and interviewing all applicant students, still wait for good results for it.