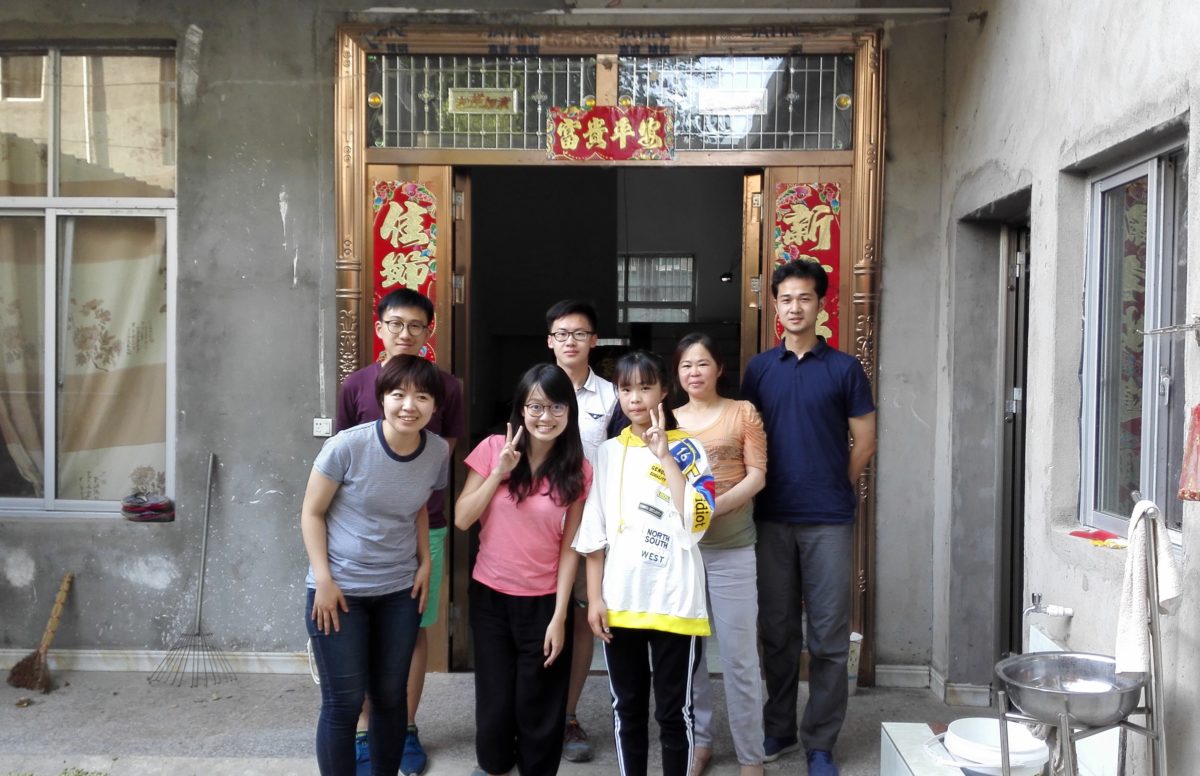 FIELD VISIT TO THE ASSOCIATION

Background of the association

“Blood-selling” was one of the main causes to the Anhui Province HIV epidemic among underprivileged agricultural workers in the end of last century. Facing the challenge of little prevention, undereducation and restricted access to antiretroviral treatment, the outbreak brought a high prevalence of mother-to-child transmission, as well as death, to the Province.

The Fuyang Aids Orphan Salvation Association (AOS) began its work by providing HIV-positive children with physical examinations in Beijing and securing pediatric anti-retroviral (ARV) treatment. In the course of one year, over 100 children looked to AOS for support, and now support is given to over 600 children and their relatives and families. The total scope of the support extends to over 6,000 people. Of the 600 children affected by HIV/AIDS, around 25 children are infected with HIV/AIDS. The majority of AOS children do not have HIV/AIDS, but are “affected” by HIV/AIDS, meaning they come from families where either one or both parents are infected by HIV/AIDS. The AOS children come from 300 separate families and over 40 different villages throughout Fuyang and Henan province.

This research aims to understand the challenges and services needs of the children receiving support from the AOS along their growth.

Details of the field visit

After our arrival to Fuyang in the morning, we paid a visit to AOS’s Director Zhang Ying’s house. Director Zhang is currently taking care of 5 AIDS orphans. One of them was sent to Beijing for medication at the time of our visit. During the visit, we had an enjoyable conversation with the children, and gained understandings on their lives.

We also visited the office site of AOS and met the workers there. A meeting was held afterwards to prepare the events and investigations on Day Two.

In the afternoon, we paid two home visits to the orphans living in Lixin County. Firstly, we went to the home of boy Dai. Dai is living with his grandma and little sister, while his parents are both out of work. The second family we visited was the Wu. In the evening, we caught up with Gao, one of the kids staying in Director Zhang’s house, in the train station, and returned to Beijing afterwards. METHODOLOGY AND RESULTS OF THE IN-DEPTH INTERVIEWS

Interviews with workers in the association

Director Zhang is the founding director and person-in-charge of the AOS. In the previous decade, she has devoted herself to sponsor the children affected by the HIV epidemic in Anhui.

Currently, there are 7 staff working in the AOS. They are responsible for the disease control and prevention among those affected children and adolescents. Wang, one of the previous service recipient in AOS, is now working in AOS as fulltime staff. Her parents died because of HIV infection when she and her 2 siblings were young. Fortunately, three of them are free of the virus. From her sharing, we understood that the children would gather and do homework in AOS office during weekends. She also shared with us the situations of the children. One of the service-receiving children, who is now 16, was a drop-out from school since primary one. Some other children were reported to have dropped out from school due to financial difficulties. From this information, we learn that the HIV status poses more harm to children’s education in grassroot, which require more support and service. Home visits and interviews with the HIV affected children

Lixin County is 2-hours ride away from Fuyang, where the AOS office is in. We paid visit to two of the HIV affected families there.

Dai is a 16-year-old boy living in the County, who is living with his grandmother and little sisters. He and his family live in an old, 2-floor house built in concrete. The hygiene environment was unfavorable and there were flies around. His little sister, instead of staying indoor, was playing on the muddy floor. His parents were infected with HIV through ‘blood selling’ in the early 2000, and were not diagnosed until giving birth to the two children. Two of the three children were infected with HIV from their mother, while the youngest daughter, although was not HIV positive, was diagnosed with meningitis and therefore cognitively impaired. The scarce farmland in the village makes it impossible to rely on income from agriculture. To earn more income, the parents are working in the city and could not afford to meet once a year. Despite all the hard work of the adults, the financial burden of the family still put strains on the next generation. As a result, Dai only managed to finish his primary school study.

Another girl, Wu, is living with her mother in the house nearby. Her mother was infected by HIV a decade before from ‘blood selling’, and transmitted the virus to her daughter. Since the diagnoses of the Wu’ HIV status, the father of Wu divorced with his wife and left the family. The elder brother of Wu, therefore, chose to work in Nanjing and beared the family responsibilities. Currently, the family could barely make a living with the financial subsidy from the Government, and AOS, and the payment from part- time jobs. However, the family is now in debt for the house renovation in preparation for the elder brother’s wedding. The financial burden is heavily bothering their lives and poses damage to their quality of life. Also, the limited promotion on anti- stigmatization, little education and mental support to the children living with HIV, make Wu an introverted girl, worrying of her HIV status being exposed. METHODOLOGY AND RESULTS FOR THE SURVEY

In terms of medication seeking, only 4 of the interviewees (17.4%) found problem with access to medication. However, 13 children (56.5%) felt to be stigmatized during hospital visit. Their mental health was assessed with The Patient Health Questionnaire (PHQ-9). From the results, 7 children (30.4%) reported to have depressive mood, while 3 (13.0%) had higher tendency of having minor depression.

The results indicate that more support should be put on the anti-stigmatization in healthcare institute and the mental support on children living with HIV.

Since 2003, AOS has been providing medication to the children living with HIV. However, as informed by our study findings, we realize that the services needs of HIV affected children are now for education, and mental support.

With reference to our study findings, we made the following suggestions:

1. Classify the level of emergency to support services as if:

Regarding the above classification system, GYLN members will form support groups and design care plan for these children enlisted in Level I. For instance, in supporting the children living with HIV, counselling and emotional support will be provided with the aid from professional consultants; while for children who are suitable for education, assistance could be provided to support their continuation of education.

2. Explore future opportunity to work with AOS and provide necessary support to the functioning of the Currently, AOS is working with Smart Education to provide training on drawing to the service receiving children, so as to support the future development of the children.

3. Sunwah Foundation may consider establishing a fund to support the children affected by the HIV epidemic in China.