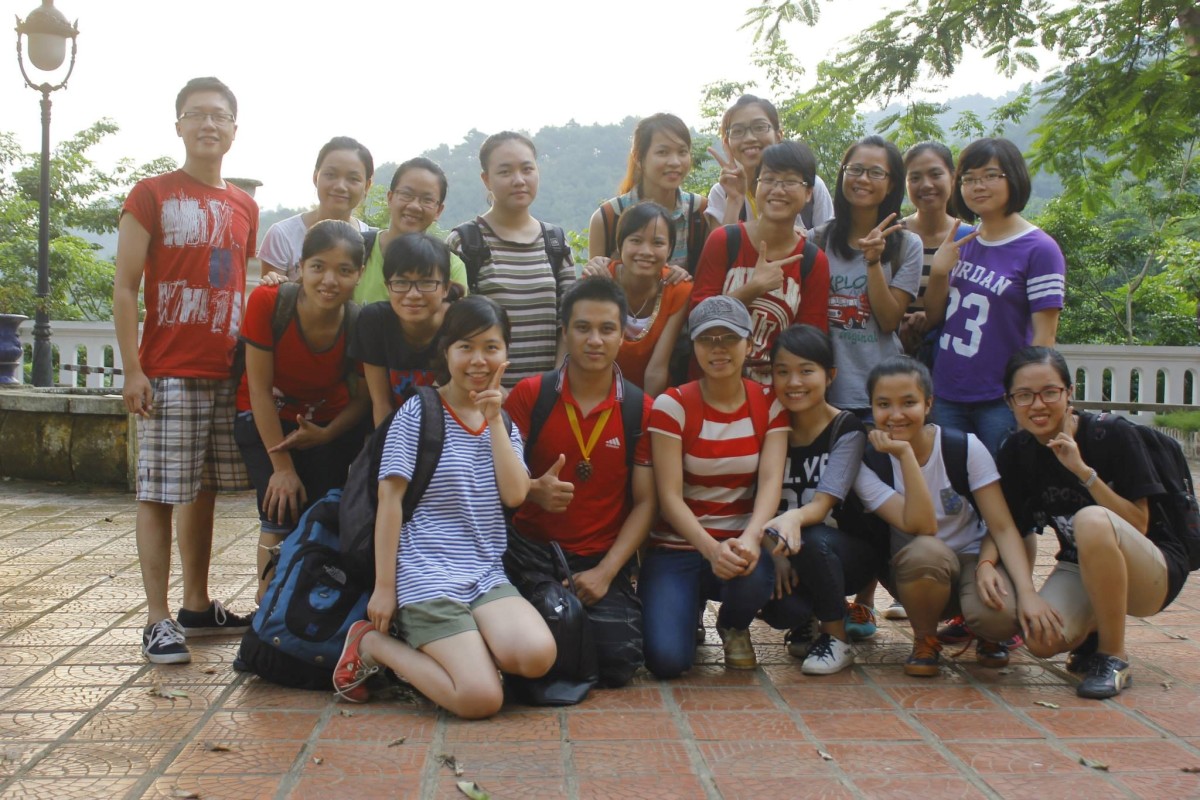 In June 2014, Sunwah Global Young Leaders Network Hanoi Chapter organized members to attend 2 days Summer Camp in Soc Son, Hanoi under the Theme: Teamwork and Leadership Training. The purpose of this Camp was to improve and train the teamwork and leadership skills for all the members of GYLN through various exercises which required them to fully focus to find the quickest resolutions to imitative US Navy challenges within limited time.

This Summer Camp was hosted by IOGT company which is one of the most leading educational company in Hanoi. They have more than 15 years of experiences in organizing plentiful different Camps which provide students with chances to learn soft skills through experiencing exercises. IOGT bases in Soc Son with more than 10ha of land, most of them are covered with trees. This vast verdand lanscape with fresh air brings a total new feeling to whoever needs a space far from crowded Hanoi to look back at himself and start to learn new things.

During 2 days, members had to experienced total 16 different excercises, all of them requires attendee to use their inteligence, bravery, teamwork skills and leadership…to overcome challeges and reach victory. During the first morning, after just 20 minutes of brief introduction, members were divided in teams guided through four initial challenges that were supposed to be extremely difficult for all of them. To be honest, some were a bit shocked with the first exercise even when it had ended. At first, there was no leader, no time – keeper and everybody just discussed the ideas hesitantly so that they lost the game so quickly. Having drawn some experience and lessons from the first challenge, they completed the next  ones with a better view and more strategic solutions. One member shared “I was about to give up once when all members were stuck in a hard – solving situation but it was the encouragement like “it’s not that hard, everybody can do it” or “we’re better than we think, aren’t we??” from teammates that lifted my spirit up to carry on the game.”

“The last challenge in the 1st day could be regarded as almost done except for an unfortunate accident. A member jumped but slipped her feet and fell off, which led to a  injury to her leg. The morale of the whole team was brought down substantially because everyone was so scared. Nevertheless, the fact that the little girl put aside her pain and continued to overcome the following exercises gave me the confidence and courage so as to take risks when necessary. I also learn that, you cannot work on your own part in a team, taking care of your teammate make your team even stronger.” All the experience and lessons such as overcoming fears, breaking limits, time managing as well as leading in team were proven clearly through the other challenges later. After every challege, the couch of each team started to ask members about their feelings, how they thought, what they performed, and the lessons they learn afterward. Members had to face their true feeling, assess fairly themselves and learn from other teammates willingly.

Some precious conclusions were drawn afterward: you have to aim high (DREAM), have the guts to chase it (DARE), and then you actually take actions (DO). At night, members were involved in the enthusiasm and dynamism of the youth through the unforgettable campfire. “We competed in games, we danced freely, we sang out loud. All of those will be memorized and cherished for years when we get older and run into difficulties in our life. Just remember we were once at that age and we were highly energetic”.

After 2 days of training, Sunwah GYLN members reported they had learned so many things about working in a team, and felt  the connection among them strengthened.